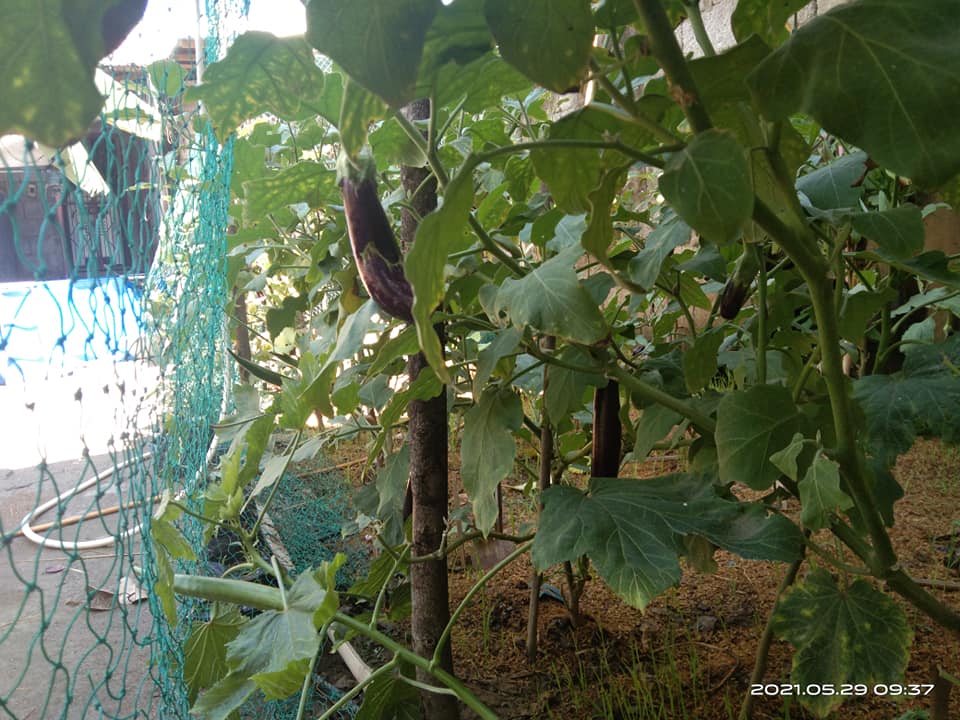 “It’s not going to work”, with a mocking smile, my sister-in-law told me “You don’t have a business mindset.”

Early this year, my husband and I have decided to take a leap of faith and get a loan to buy farmland. I want to do organic farming. This is something that I’m very passionate about, and it’s what I wanted to do for the rest of my life. Every time I pick fruits from our trees and take eggs from the coop, I feel so blessed and grateful. It strengthens my faith and removes all my anxiety.

Ever since the pandemic hits, I became obsessed with gardening. There’s always something new to discover in our small backyard.

This is me and my sister after removing the concrete floor to expand our garden. 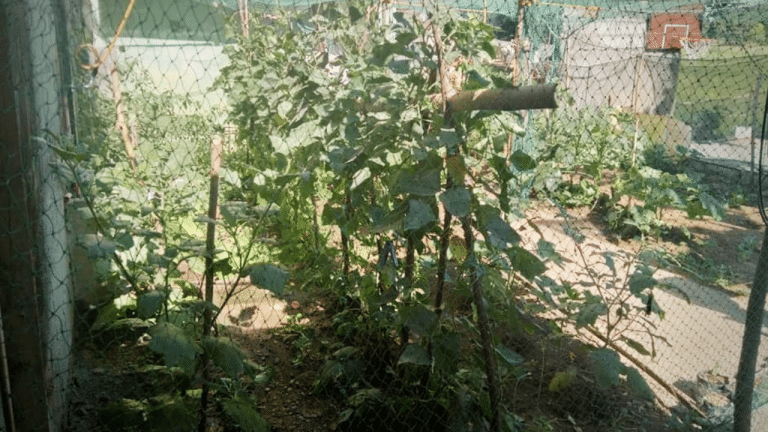 We’ve got beans as our vines.

Eggplants and Okra as our perennials.

Check out Pasture Cropping Online Course by Colin Seis to learn more about mixing perennials and annuals and animals.

But since we still got other work, we can’t work every day, so we got some helpers.

We hired compost worms as our recruitment team – YES! They produce micro-soldiers to be released in the field that will fight against pest and diseases. And what’s great about our recruitment team? Is that they also are our garbage and waste management team. AND they don’t need a lot of attention, just leave some food scraps and water. That will make them very happy.

Check out Compost Worm Online Course with David Davidson to learn how beneficial are worms and to start your worm farm.

We also hired chickens and ducks that do the pest control, aeration, and pruning of leaves. We put their manure back into the soil, and the soil gets a new batch of nitrogen and microbes, and the microbes deliver the nutrients to the plants.

The soil feeds the plants. The plants feed the animals. The animals feed the soil.
That is a Win-Win-Win!

Check out Soil Food Web Online Course by Dr. Elaine Ingham to learn more about life in the soil and why you don’t really need fertilisers.

One day, after a productive farm exercise, my sister and I had an amazing discussion.

*PLEASE SKIP THIS PART IF YOU DON’T LIKE MATH*

Currently in our 100sqm. backyard, we produce:

Note that the chicken and duck eggs and meats are still not included in there!

And the good news with no-chemical farming is because it’s regenerative, you’ll expect to get higher and better yields each year.

I don’t want to end up like that. Farming is something that I want to do for the rest of my life so I want to enjoy farming! And I want my kids to appreciate this too.

Debating if organic farming
is a profitable business

Yesterday, I visited my in-laws and the topic arises about the farm that we are purchasing. I told them I’ll be doing organic farming and they were strongly suggesting that the plants won’t succeed without fertilizers.

My husband, although we have the same dream, he doesn’t believe in organic farming as a business. His family is firm that organic works only as a hobby but not as a business. They believe in the conventional method of farming is a sure way of making a profit. And I can’t blame them because that’s what everybody is doing. You will be ridiculed if you do otherwise. They know some people who got rich because of this method and they don’t know anyone who succeeded with organic farming.

And while I was explaining why I don’t want to use fertilizers and pesticides because it’s not healthy and so so, my sister-in-law ridiculously smiled, “That’s not going to work, that is not business. I work at the market, people don’t care if it’s organic or not. They’re not asking where it came from. In business, you need fast production, expense is always a part of it. Other people will outrun your success if you think like that and you will be left behind.”

“They won’t get sick, because I am preparing them to be healthy,” I said. “Well, you never know.” she teases.

And this is where I left saying, “We all have our own principles and I don’t care whether I make a profit or not. But I want to sell food that is healthy because I believe you should do what you know is good and God will take care of you.”

I feel so anxious to make this no-chemical, all organic farming work and I want to show them that it is actually better!

So yeah, I probably don’t have a business mindset as they do but I think I have an investor mindset. I look at long-term gain instead of short-term profit.

And I have faith that I’m not the only one.

Do you have this same conversation with non-believers of no-chemical farming? Let’s hear it in the comment. 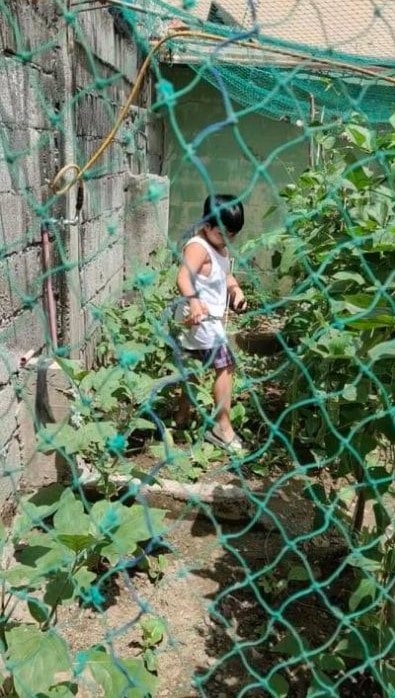 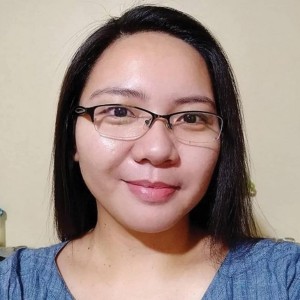 Gel is the Web Tinker at Farming Secrets. When something isn't working - she's our gal. She fixes and update our website, finding solutions and figuring out how to overcome challenges - this is what she does best. She loves learning and fascinated with the science in nature. She has a little garden and few chickens and ducks in the backyard, giving them all-natural, organic, pastured eggs everyday.
SEE ALL POSTS
PrevPrevious PostSeven Ways That a Regenerative Agriculture Farmer on Social Media Can Connect and Grow Their Brand
Next PostThe Advantages of Biodynamic Farming Compared to Conventional FarmingNext

The Advantages of Biodynamic Farming Compared to Conventional Farming

In recent years, there has been a major shift in farming and agricultural practices. With research and studies, it has been established that natural and

Fresh, organic, home-grown fruits and vegetables are more popular than ever before. Thousands and thousands of consumers look to support more sustainable, earth-friendly agricultural efforts,