What Is Nutrition Farming? 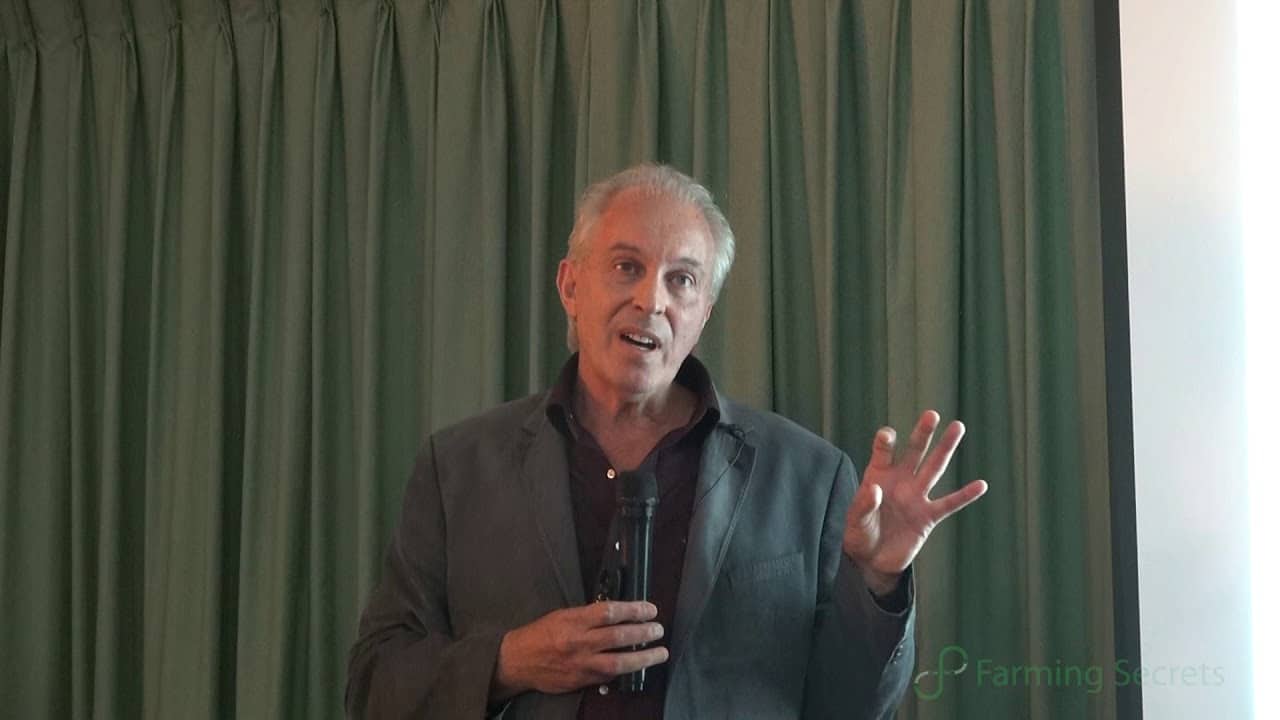 Understand if we do go back to root causes, that it all comes down to nutrition. In human health, in animal health, in plant health, nutrition is the key to everything. It all comes back to … and what is nutrition farming? It’s about minerals, it’s about microorganisms and it’s about humus and how those three things and they are intimately intertwined how they interrelate and how we can work to improve those relationships. So it’s an integrated, holistic system where we are looking at that link between soil health, crop resilience, animal vitality, farmer’s health. We have at least quarter of our four days course talking about your health, and that’s fairly important when we look at the rural press supplement from two and a half years ago, where for the first time ever they published the health statistics of Australian farmers.

Here it is, theoretically the healthy outdoor green profession, and what was discovered was that it was double the levels of cancer, actually two and a half times cancer, double the levels of diabetes, heart disease, stroke, round the double. It was three times the level of depression and three and a half times the level of suicides of the next closest professions. So it’s not quite the healthy profession, and so in terms of a generally holistic approach, you do have to be a healthy farmer to have a healthy farm in my opinion. So we’re going to spend a lot of time teaching you how you can live a longer, happier, healthier life and that extends right through to hair tests and blood pressure and blood sugar and also, you need a report card so that you have a bit of a game plan with how you can move forward.

But when I started this journey, I certainly recognized those key interrelationships, but I didn’t understand the link to planetary health and what has driven me at this frantic pace over the last three or four years, is words of a man or the suggestions of a man called Professor James Hansen, who most would put in the top five, many would say he’s the number one climate change scientist in the world. And James is a NASA climate change scientist and his unique claim to fame … and believe me, it is totally unique, is that in a 49 year history in a science where you’re making hundreds of predictions on a yearly basis, this man has never, ever been wrong. So never. He’s not been wrong. I mean Einstein was wrong hundreds of times. That’s infallibility, I mean it’s supposed to be only the Pope, but this bloke has done it, and so when James told us almost three years ago that we’ve got five years left, many of us got up and started running. Five years, not till we’ve got no world, but five years until it’s irreversible and we live in a place that’s a shadow of what it used to be. In fact, many of the guys with some of the grim predictions don’t understand that there’s an answer, and the very simple thing to understand is if we look first of all at the short story of the climate change story, this blanket of greenhouse gases.

SEE ALL POSTS
PrevPrevious PostChemicals: What About Bioaccumulation And The Cocktail Effect?
Next PostGMOs RevealedNext

What are your top strategies to reduce global warming? Before I tell you where my focus is and why I want you to consider the