Trialling Leaving Trees In The Landscape At Dukes Plain 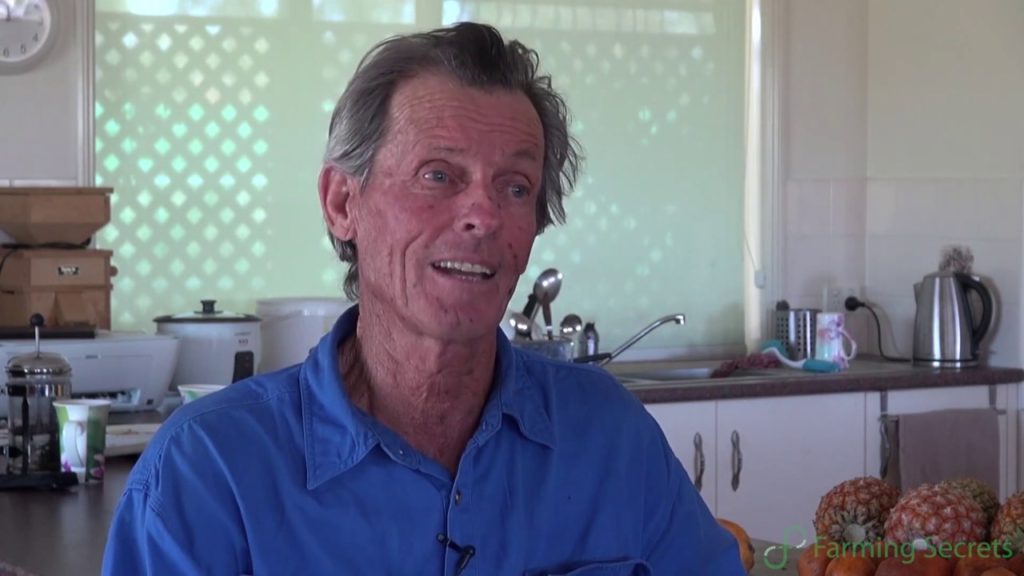 Listen as Shane Joyce recalls his innovative management when he returned to his family farm, Dukes Plain. When Shane returned the farm had been managed conventionally and was now showing the signs of degraded and depleted soils. Shane focussed on recovering the soil and started to experiment with change of land use.

When I came back there in 1983 was when machinery and diesel prices had gone through the roof and grain prices have gone South. So most people were actually going out of cereal cropping and going back to cattle.

So I arrived there and engaged 2 share farmers to go down this this path of re clearing and growing cereal crops and then to go back to grass after we’d had 10 years of cereal cropping. I was a little bit confused because I thought that was a way of improving the country and turned out it was a way of further degrading.

That’s all history but in amongst doing that we cleared the areas that were obviously easy to work machinery on and grow cereal crops. And then there were the other areas that were a little bit more difficult. So in 1983 I engaged people with a huge big bulldozer and what was called a blade plough which was a new tool for going underneath the timber regrowth with this big arrow shaped blade that actually severed all the root systems and lifted the soil and terminated a lot of the regrowth forever in one pass.

So I did some country like that and the conventional way to do it was to take everything out the leave nothing. These guys have started working. I went down to have a look at how they were going and I saw this cleared strip and I said, “I think it’d be really nice if you, if you’re now left a strip of trees.

So what we did in that area was we cleared 60 meters and left 20 meters of trees and that look really cool because there was still some trees left in the landscape. It suited my paradigm coming from permaculture, it was kind of a form of alley cropping in a way. But what happened there was we had no grass come back in that area we had all thistles came back and I went into panic mode because I had no feed for my cows. So I then allowed one of my share farmers to go in there and start cropping in there. And he was he was from Jed Dowley, so the most number of trees he’d seen were poles on the power line. He couldn’t get his head around farming amongst trees.

So I kind of relented and allowed him to take every second row of trees that out and he went ahead growing crops there. The interesting thing there though as much as he complained about the trees in the paddock because I was getting a share of the crop I said, okay, we can sort this out. You can plant this area with fodder crops for my cattle and you can grow in your so I’ll take my share out of this paddock.

I could not shift him out of that paddock. He said but that’s my best grain growing country. So as much as he hated the trees, he did acknowledge that that was where he’s getting his best results. In one year he had a millet crop in there and we had some pretty ordinary hot dry northerlies blowing and you could see the difference in the crop. One area of the paddock the guys with the blade plough had got away from me and they’d taken it all out. There was nothing left. So we did have a totally exposed area as well as protected strips and there was a difference in the crop the stuff in the open was totally stressed from the hot wind and moisture stressed. In amongst the trees It was fine doing fine. So there was clear evidence from a visual point of view there, and there was also clear evidence from this guy who hated trees acknowledging it was his best grain growing country.

Anyhow, so that was that. That was ’83 and then my next dive into clearing some of the country that wasn’t suitable for clearing for cropping was to come in again with a blade plough and this time I was starting to feel a little bit cheeky and a little bit half bullet proof and we actually only took out 50% of the regrowth we cleared. I think the plough was 3 meters wide, so we’d cleared 6 meters and left six meters cleared 6 meters and left 6 meters. So went right across this paddock like that and in my head was in, you know, five years’ time I’ll maybe come in again and take out some more trees. We put cattle in there the grass thrived in there. We put cattle in there, I had actually had adjustment cattle and I didn’t see anything of these cattle and I was starting to wonder where they’d gone to, I was so used to the cattle mobbing up around the water and sitting there for most of the day and then going out to graze at night. Curiosity got the better of me. I had to go looking for these cattle. I got on a horse. The cattle was spread right across that paddock evenly was totally different behaviour to what I was used to with the cattle on that place in the cleared paddocks. So that was an interesting sort of a thing.

SEE ALL POSTS
PrevPrevious PostFarming Secrets Q & A – Where To Start?
Next PostHow Did You Know That What You Were Doing Was Working?Next