Home » Blog » The future – Running out of agricultural land and water

The future – Running out of agricultural land and water 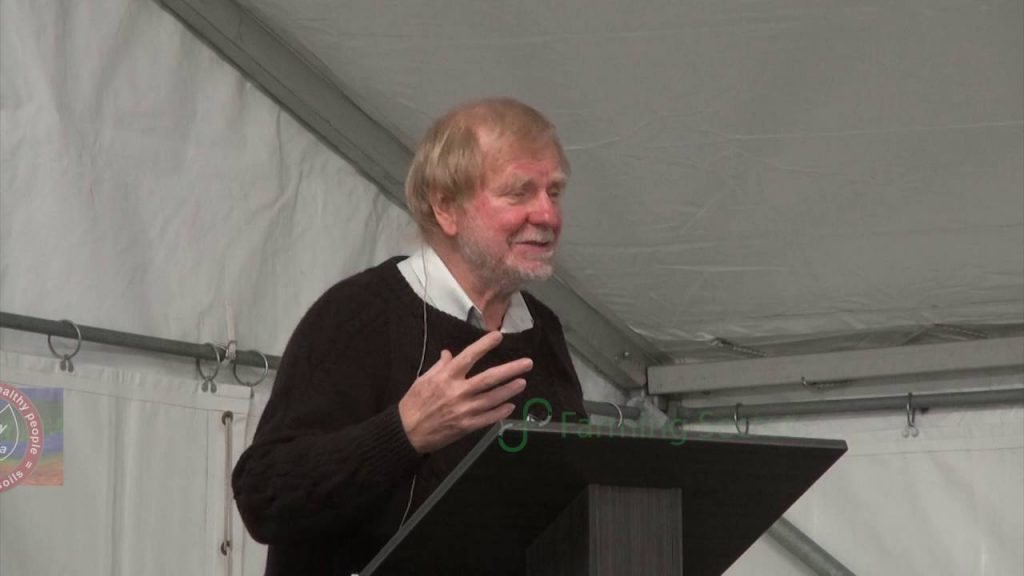 So we’re running out of land, but more seriously, we’re running out of this stuff – water. There are about a billion people of the 7.4 that haven’t got adequate water. There’s another 2 billion that haven’t got adequate sanitation so they’re polluting their water. And now over the last five years, we’re going into the next 10, we’re going to hit an enormous crisis because there’s about 2 billion people globally who depend on groundwater, and they’ve been ripping it out and extracting it, so this is now coming to an end.

We’re seeing in India, for example, 300 million people who depend – farmers depending on groundwater, but they’re pumping water from 200 metres, there’s nothing left. What’s coming up is so full of fluoride and arsenic that it’s toxic and basically whole agricultural systems are crashing. And the same thing is happening in China and even the southwest US, the Colorado River Delta. They’re facing exactly the same situation. Lake Mead on the Colorado River is now down at a level where, quite frankly, they can’t draw water anymore. They’re getting to the point where they can’t draw water out anymore to Las Vegas and Los Angeles, and so it’s really hitting crisis point. So we’re really in serious water shortages crises.

We’re also hitting the same thing with nutrition. For the last 200 years, we’ve been basically mining nutrients ever since Leibig, 1851 we’ve been mining fertiliser nutrients, phosphorus for example, and we’ve been just mining and then just applying it – ‘moron’ agriculture. But now we’re getting to the point, not just running out of those mineral resources, but also we’re getting all the toxic blowbacks from that misuse of that nutrient resource. So when we’re saying we’ve got 10 billion people to feed, in the future we’re going to have to do this with less land, with less water, with less nutrients, and it’s a massive, massive challenge.

We’ve got another thing – Rachelle sort of eluded to it – and of course, this is climate change. Again, we’ve induced abnormal climate change. We’ve induced climate change, and we’re going to now suffer the dangerous extremes that are coming already now. They’re intensifying, but it’s not just more rain, higher storms, but the damage, the impact, the disruption that is happening to agriculture and our future capacity to grow food. Vast areas of southern Australia where we are here will aridify. We risk losing 20 – 25% of our former reliable rainfall, and so we’re going to have to really face that reality and adapt.

So these are some pretty horrific challenges we’re facing. Don’t get gloomy because we’re also looking at solutions. But it means that we have to really bite the bullet and we have to be prepared to redesign agriculture, to say, how do we grow sustainable, higher value, higher nutrient integrity crops in this new reality? What is it that we can do to do that?

This is a clip from “Walk the Talk” with Walter Jehne: Local Solutions With Global Implications filming available for Farming Secrets Members.

Soil Health Advocate & Business Partner @ Farming Secrets ‘Regen Ray’ is a soil lover and partnered with Farming Secrets to take their business into the next generation of online learning, launching the Soil Learning Center during the pandemic. He now works with mentors from around the world to create educational programs all about soil. ‘Regen Ray’ has been teaching people about soils for years through his online classrooms, webinars and recently launched his podcast, Secrets of the Soil. On this show, he interviews experts in their field and talks about important topics all about the soil. ‘Regen Ray’ wears many hats from business to marketing to operations and even crypto. His belief that everything good in life starts with healthy soil has allowed him to dig deeper and help create inspiring conversations all over the world.
SEE ALL POSTS
PrevPrevious PostWill Russia Become The World’s Largest Supplier of Organic Food?
Next PostAre You In The in the Business of Growing Healthy Soils? Fungi Grows Healthy Soils!Next

“It’s not going to work”, with a mocking smile, my sister-in-law told me “You don’t have a business mindset.” Early this year, my husband and

Fresh, organic, home-grown fruits and vegetables are more popular than ever before. Thousands and thousands of consumers look to support more sustainable, earth-friendly agricultural efforts,

Looking for steps to recover your soil after a bushfire? Listen in to soil expert, Nicole Masters as she speaks to farmers in California.