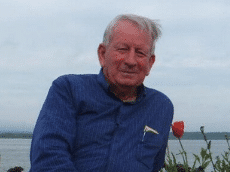 Bryan McLeod was raised on a farm near Putaruru New Zealand, attending Massey University NZ in 1962 where he obtained a diploma in Agriculture, Dairy Farming Option.

He went through share-milking and farm ownership in the Waikato and started consulting in 1978 and moved to Australia in 1986.

Bryan established Pro Ag Consulting in 1987 which was represented in all states and territories within Australia. Bryan (ProAg Consulting) has now been consulting for 36 years, specialising in soil, plant and animal nutrition. He has studied the relationship between soil mineral balance and plant production, fruit quality and storage life, as well as likely effects on animal health and stock performance. During this time he has gained experience in most forms of agriculture, concentrating on soil nutrition, land preparation and remedial fertiliser programmes. Pro Ag Consulting now offers a complete soil and plant analysis with an independent fertility program and plans of action.

Pro Ag Consulting was reporting on approximately 2000 soil samples per year and then with partners established the Australian Perry Agricultural Laboratory (APAL) in Adelaide in 2000. In 2003, Bryan, and Partners, established a soil analysis laboratory in the Henan Province in China, with which to service local farmers. The objective of this service is not only the processing of soils but also education in agriculture. This includes the teaching of farmers to understand their soils and allowing them to make more educated evaluations on fertility programmes.

Bryan has been sort after as a guest speaker at agricultural seminars and as a presenter at educational workshops in many states of Australia. Bryan is presently working with dairy farmers in Japan.

Bryan has now returned to New Zealand but is still continuing to consult in Australia.