Charles Massy – Leaders Who Have Created Change In Agriculture Through Innovation 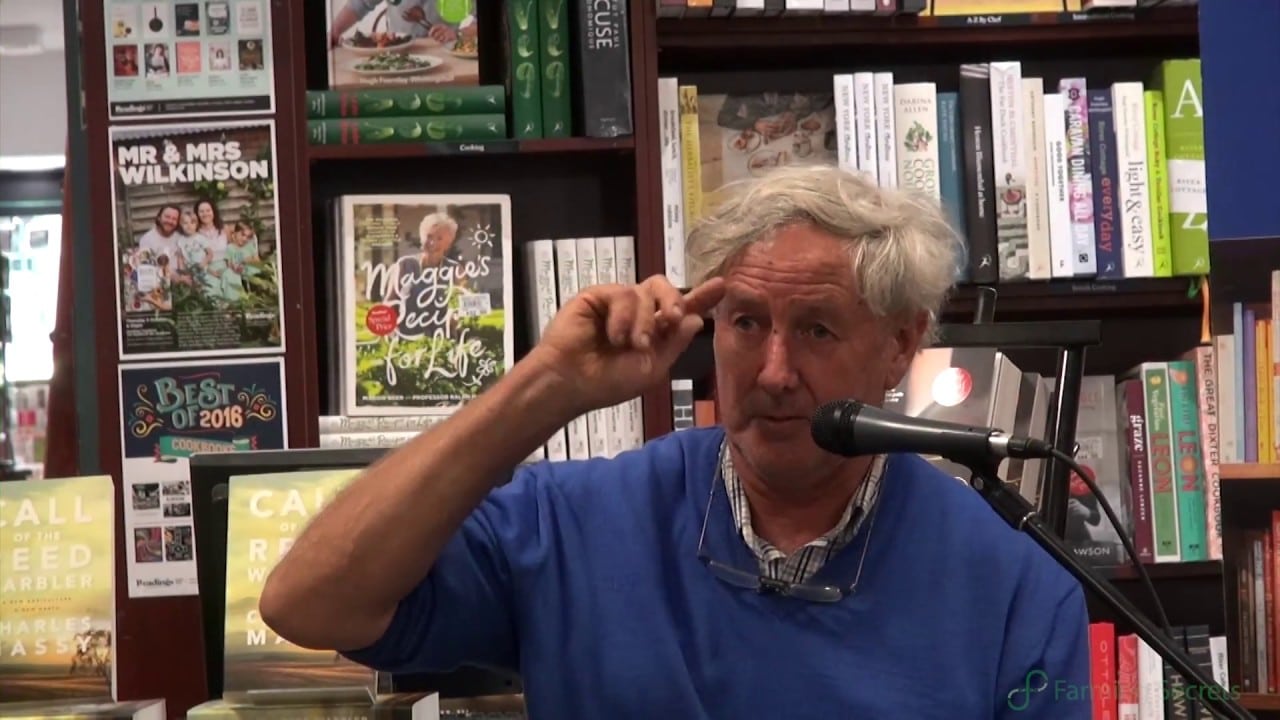 Listen as interviewer Tammi Jonas questions Charlie about some of the farmers who are written about in the book. Charlie replies that Allan Savory, Colin Seis and Bruce Maynard all are written about because they are innovators and leaders in the change to regenerative agriculture.

One of the big, most exciting developments I think, because it applies, it’s now being applied 30 million hectares in 5 continents. A wildlife ecologist in then Rhodesia named Allan Savory, he was working with large animal herds. Also, he was one of the founders because of his tracking skills in a famous anti-guerrilla regimen called the Selous Scouts. It was during the Civil War and they had to travel at night and barefoot.

That combination of experiences led him to ponder why the giant migratory herds in Africa, numbering in the millions in those days, why the grasslands behind them were the healthiest that he’d encountered. He thought about that. Travelling at night with his scouts, barefoot, he noticed that the grasslands where the large animal herds had grazed were soft and absorbent whereas where domestic livestock had been set stocked it was rock hard and not absorbent. So he actually realised that the predator driven mass herds, and you had animals dung and urine and chewing grass quickly and then moving on for probably six months rest, he realised that was ecologically positive to the ecosystems. So he then set about devising a human management system where the humans became the predators by moving them regularly and using fencing to increase artificial mob density like the big herds.

Anyway, to cut a long story short, there’s been some remarkable stories of landscape regeneration that’s come from that. I’ll quickly tell the story of these other farmers who’ve, now using natural grasslands to grow grain, because the background to that is a journey in ecological literacy as well. The other two farmers that Tammi asked about are both New South Wales farmers out in the central West. Its pretty tough, dry country. In fact, you’re not going to get innovation off the best and richest soils like the Darling Downs. It’s going to come from hard times.

So Colin Seis who lives near the old gold mining town of Gulgong and it must have been the ’80s, a bushfire came over the hill and totally burned him out. He lost everything – house, fences, all his stock. Ended up in hospital for two weeks when he had plenty of time to think what he was going to do without any money. I don’t think his insurance helped. And so he realised he had to get cropping to get some turnover. Basically, in a pub session with a friend he decided, “Well, what we do have intact is our native grassland.” In that case the dominant grass was what ecologists call a C4, carbon-four grass, which is a perennial grass that goes dormant in the Winter and is Summer active.

He realised that if he could direct-drill his cereals and canola, which by then were evolved to be graze-able by livestock, they were edible, if you drill them in, this is a native pasture that is going dormant and then grazed it with this Savory method, you could ecologically stimulate the soils and still the crop. Then, when the grain was ripe, the grasses were waking up, and you’d harvest the ground and then you had summer green feed, that’s really how the system evolved. It took ten years of tinkering. He calls that pasture cropping. He’s now evolving into stacking 20 species for different ecological function. It’s an ongoing, it’s a movable feast.

Then, his friend about 80 kilometres away called Bruce Maynard, the same year, pretty much, actually it was ’96, I remember the year now, he stumbled on the same solution in even tougher country. He doesn’t use any chemical or fertilisers, so he now calls his system no-till cropping, branding it as Grassland Grains Really, what they’ve done is got the jump on some of the leading researchers in America, who, such as Wes Jackson at the Land Institute they’re trying to breed sustainable crops from perennial grassland, so grasses that are much deeper rooted, but have a different functional strategy to your annual … basically our cereals and crops like that are annual weeds, their strategy is to have lots of seed, die, and then the seed germinates. Whereas your perennial has got complex co-evolved functioning with the microbial soil populations in other systems, but you don’t get the yield. Wes Jackson and others in America, and the Russians, and the Chinese, and even Australians have been trying to for decades to get sustainable cropping yields off perennials and they haven’t got there, but these two Australian mavericks have sort of jumped the gun by using perennial grasslands, and still the annual system.

I guess what I was alluding to earlier was, as a farmer who’s made all the mistakes, I realised, reflecting on it, that what I didn’t have was any literacy in how to read a landscape. So I didn’t know what I was doing was doing harm to this complex system. Getting back to Allan Savory again, he sort of in only two pages in one of his definitive books, had outlined four key landscape functions which really summarise a number of them, but it was basically the solar energy from which all our energy in civilization comes, by plants with their solar panels putting sugar into the earth to feed the bugs and so on. Then, there’s the water cycle, healthy absorbent soils, and then the soil mineral cycle. You’ve got your bugs and other things recycling, and your things like fungus accessing the nutrients for the plants in exchange for sugars. Then, you’ve got a function of, if you like, biodiversity of dynamic ecosystems. Really, those are the on the list there and I’ve sort of expanded that. I’ve added a fifth, which is as one farmer said, that square foot of real estate between our ears, and it’s our belief system, paradigms, world views, and those sorts of things which are probably the most important of all the functions, obviously. None of them you can separate out, because you pull the rug on one and the others all go They’re all totally inter-divisible.

So the central part of the book is really structured around describing these but through wonderful stories. Despite exposing early on what I call the mechanical mind and the industrial ag., the guts of the book is just stories of hope and then on the ground practical solutions. The last part of the book really deals with some of the big picture stories like self-organization and human health and how regenerative agriculture can address some of the anthropocene challenges

Still addicted to Chemical Farming in 2020? You need Regen Rehab

Do you ever think about ditching the input chemicals? Does it scare you that it will affect your yields?  If yes, then now is the

Investing in the Future of Sustainable Agriculture