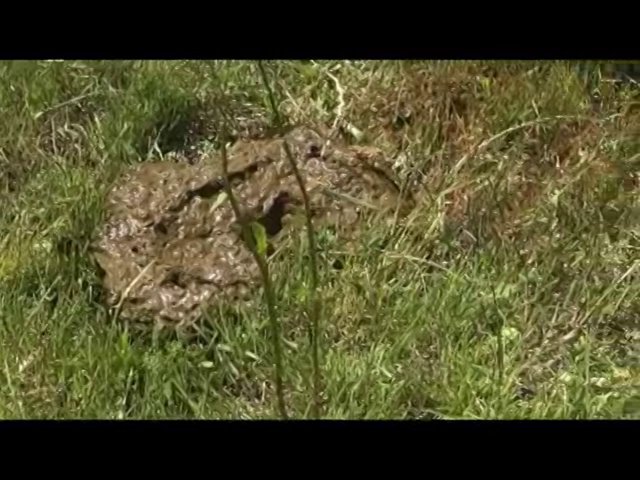 So can everyone give me a gut fill score, left hand side just in front of the hip. Does everyone know where I mean?Female Participant: Yeah.

Female Participant: Does it mean the other five?

Graeme: Yeah. Five is proud, so just in front of that hipbone.

Graeme: Yeah, sort of three to four. Four. You’d go around — when I shift them, when I wind up my reel, I want them so that I all go that way so I can see all the left-hand side. So I can stand there like that and I don’t have — I don’t have to even concentrate then. It seems like it’s one of the gestalt things. So I just go — yeah, oh, good. You know like so?

Female Participant: Something had moved to me. Quick.

Graeme: Yeah, it’s a little bit late for that. Yeah. But you know so, you’d stay in here until there’s a reason to shift them. There’s got to be a reason to put them in and a reason to shift them. So if they’re all like that, they obviously incredibly stressed. (Laugh)You know like so? There’s no reason to shift them. Yeah. There is no reason, is there? There’s no information here saying that you would then do the dung scores so …there’s this one here which might be slightly low but it’s got consistency. It’s not liquid, isn’t it? So it’s like a thick pea soup if we go for the food master chef. So that’s okay. You’d say, okay, you’ve got some information. I’m saying it’s a little bit lower than three but it’s not a two. Yeah. No. A two is danger.

Female Participant: A two is a squirt rather than…

Graeme: Yeah. And one is like liquid paint or so. So here we go. This is perfect.

Graeme: Yeah like it doesn’t get much better than that. Yeah. The kids don’t let me talk about grass when I go out. I don’t understand it. Yeah. But see? Do you know the rumens going really well? She’s a classic, isn’t she? She’s what you want more of. She’s finding plenty to eat and she’s doing it well. She’s actually even got a little bit of a loose bit of rump which would usually indicate that it’s been lower at some stage.

Female Participant: The dirty area around it.

So you’d go and check that. I’ve done things like check the pH of the urine and all that sort of stuff as well. But it’s really, you really just need to see that the dung is good and their gut fill is good and that’s enough.

This clip is a sneak peek of our “Walk the Talk” March 2014 filming from the An Overview of Biological Farming workshop.
‘Walk the Talk’ filming is one of the benefits of becoming a Farming Secrets member – see more benefits here: https://farmingsecrets.com/join/

Soil Health Advocate & Business Partner @ Farming Secrets ‘Regen Ray’ is a soil lover and partnered with Farming Secrets to take their business into the next generation of online learning, launching the Soil Learning Center during the pandemic. He now works with mentors from around the world to create educational programs all about soil. ‘Regen Ray’ has been teaching people about soils for years through his online classrooms, webinars and recently launched his podcast, Secrets of the Soil. On this show, he interviews experts in their field and talks about important topics all about the soil. ‘Regen Ray’ wears many hats from business to marketing to operations and even crypto. His belief that everything good in life starts with healthy soil has allowed him to dig deeper and help create inspiring conversations all over the world.
SEE ALL POSTS
PrevPrevious PostHolistic Management: What do you do to recover an overgrazed paddock?
Next PostHolistic Management: How do you know if a paddock is ready to move the stock in?Next