Why were the Great Plains So Productive? 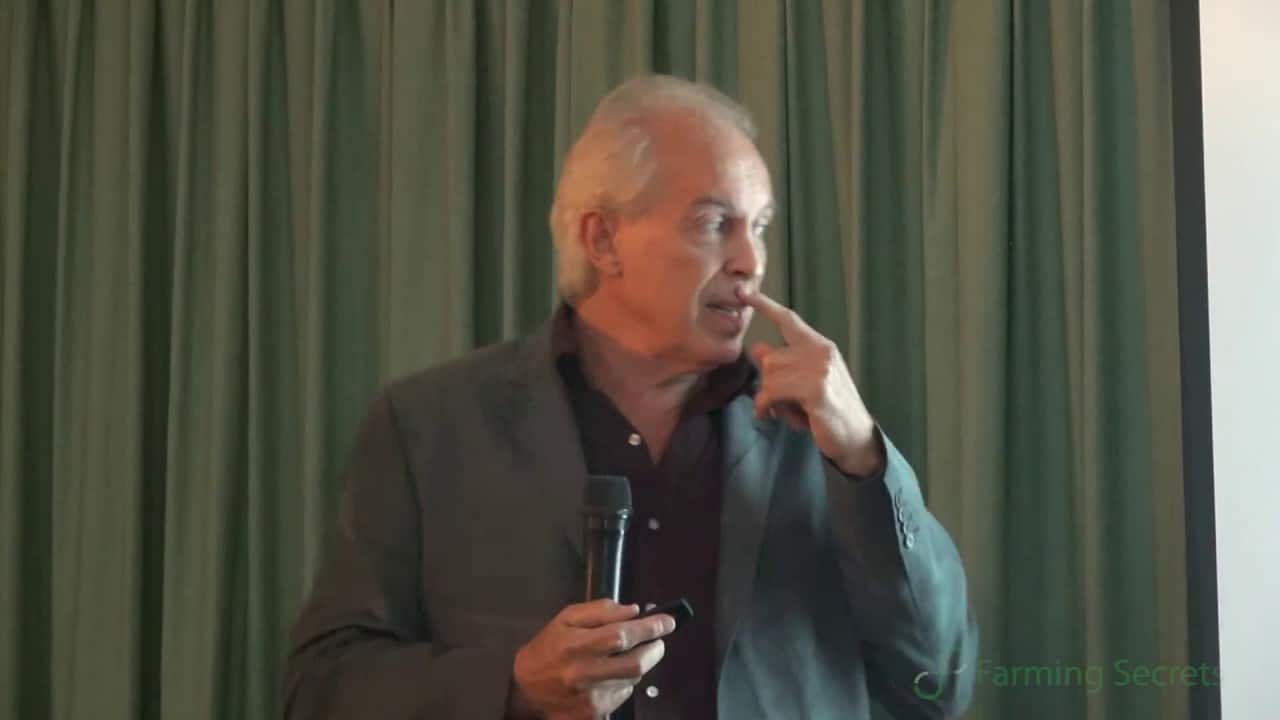 If we look at the definition of the word science, the definition of the word science is “adherence to natural laws and principles”. That’s what science is supposed to be. A great deal of what we’ve done is almost anti-science, but in that context we say,
“Okay what can we learn from historically? What were the most productive areas in the history of mankind?” And the most productive area by quite some length, were the Great Plains in the US. For tens of thousands of years they’ve produced more biomass than any other area in history, second is the Valley.

So how did that work? Huge herds of buffalo with the predator effect. Eating with your mate right next to you, saying, “I better eat, because he’ll eat it otherwise”. So there was no choosy picking of what you ate, but what can we learn if we’re applying that definition from nature? Massive amounts of dung, massive amounts of urine, hoof bed creating a seed bed. The millions of hooves creating a seed bed. A lot of biodiversity in their pooh, but they left always, they’ve moved on after four inches. Why did they do that? What can we learn from that?

Very simple. The entire process of building fertility is based upon the process of photosynthesis. So photosynthesis combination of water, sunlight and carbon dioxide to build the building block of everything called glucose. That’s where we all come from. We are all carbon based life forms that came from that starting point, that carbon building block from glucose. And here at the juncture of the most important process on the planet, the planet builds this glucose and it pumps half down to the roots because the roots need it, but then it pumps 60%, 30% of its total it gives away. It pumps out from the roots into the surrounding soil. There at the juncture of the most important … the nexus of the most important process on the planet is the most important principle. Give and you shall receive. Works equally in your lives as it does in the soil. You don’t, you can’t receive what you don’t give. Many people don’t realize until they retire and donate some time, start volunteering and say, “What’s this feeling I’m feeling?” They’re feeling peace and happiness that could only come once you gave.

So there it is a little lesson that’s applicable to this instance. Part of that glucose that’s given away, the building block for everything that you gave away 30% off, part of that becomes humus and so your humus building, fertility building apparatus is based upon these solar panels of the leaf. And so the leaf, because it services the roots, the roots are exactly the same length, dig down in your paddock and if you’ve got six inches of root, you’ve got 6 inches of solar panel, you’ve got six inches of roots that’s been supported by that solar panel. You graze back to four inches, you’ve got four inches of roots. You graze back to two inches, the roots prune themselves, because they can’t be sustained with the small solar panels, so they prune themselves to two inches. You graze back to a table top, which is this country most of the year, you’ve got nothing. You’ve got nothing at all. You’ve got no fertility building apparatus. That’s where we can learn from nature and that’s what the concept of intelligent grazing, mob grazing, cell grazing, whatever you call it, however you do it, the principle is that you try and maintain that four inches.