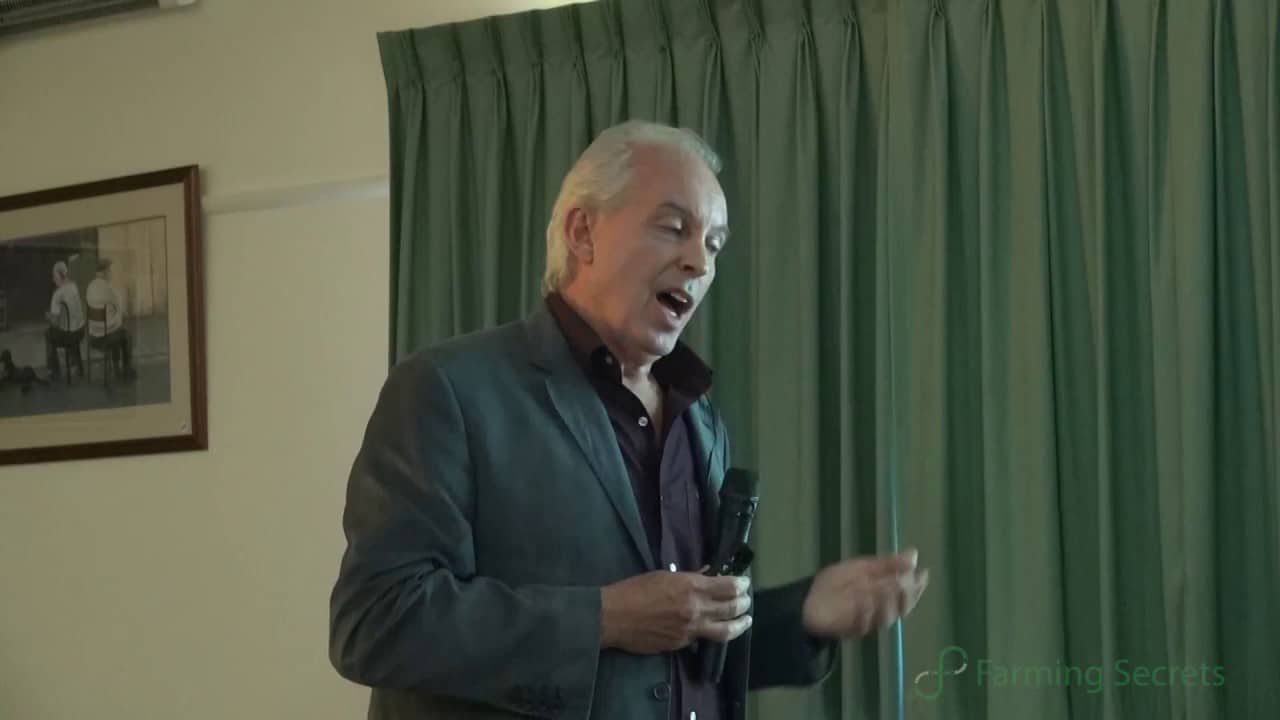 The primary initiative from the French was called the “4 in 1000” initiative, where they are now incentivizing farmers to work towards building 0.4% organic matter on a yearly basis and have done the figures to show 10 years of reversed climate change if we can work towards that goal. Thankfully 22 other countries have now signed on to that initiative. Understand that when you build humus in your soil, when you see an increase in organic matter on a soil test, you didn’t make new carbon. You’ve step into the carbon cycle and sequestered what otherwise would have been in the atmosphere. It is the solution. 1% increase in cultivated lands in the US pulls back over half of their total carbon emissions, and that’s more than what’s required to save the day. It’s absolutely doable, but we’ve got to start doing it and we’ve got to start doing it fairly quickly.

Just talking about the scale of this change, it really has been kind of a revolution that’s now underway, and I’ll just quickly brush over some of these slides. Driscoll’s are the world’s largest berry producers. They are 3.5, 3.57 billion dollar turnover. I’ve spent four days training their growers last year. It’s not that they’re new to this game, because 25% of Driscoll’s production is organic and the interesting thing … and this is, see the old school concept of organic, “Ah yeah, you go organic, you can’t do anything. You fall in a heap and hopefully the extra premiums will cover your losses and make you some money at some point”. That is absolute total rubbish. There is absolutely no reason known that you should have less yields, it’s just a different road to Rome, and here’s the world’s largest organic producers which they are now, almost a billion dollars in organic production who are out yielding … we’re not talking about the profit, because of the higher premium, they are substantially out yielding their conventional division with their organic division. They’re learning so much from that whole biological processes thing that they … and their whole game plan, now five years, 100% organics. And why not? You’re actually out yielding, so it’s understanding this, it’s an old notion to think that you sacrifice by looking at growing more sustainably. It’s simply not the case, it’s just a different way of looking at it and there’s all the tools, you just use them differently.

So everyone knows that this change is coming, and the bigger operators are jumping on board rather than playing catch up. It’s really easy to argue quite compellingly that this biological approach is the shape of the future or there may not be much of one and you do need to understand the seriousness of the situation. There has never been more of a time for people to stand up and do something

Soil Health Advocate & Business Partner @ Farming Secrets ‘Regen Ray’ is a soil lover and partnered with Farming Secrets to take their business into the next generation of online learning, launching the Soil Learning Center during the pandemic. He now works with mentors from around the world to create educational programs all about soil. ‘Regen Ray’ has been teaching people about soils for years through his online classrooms, webinars and recently launched his podcast, Secrets of the Soil. On this show, he interviews experts in their field and talks about important topics all about the soil. ‘Regen Ray’ wears many hats from business to marketing to operations and even crypto. His belief that everything good in life starts with healthy soil has allowed him to dig deeper and help create inspiring conversations all over the world.
SEE ALL POSTS
PrevPrevious PostGMOs Revealed
Next PostWhy were the Great Plains So Productive?Next