Charles Massy – The Evolution Of The Human Mind Over Time 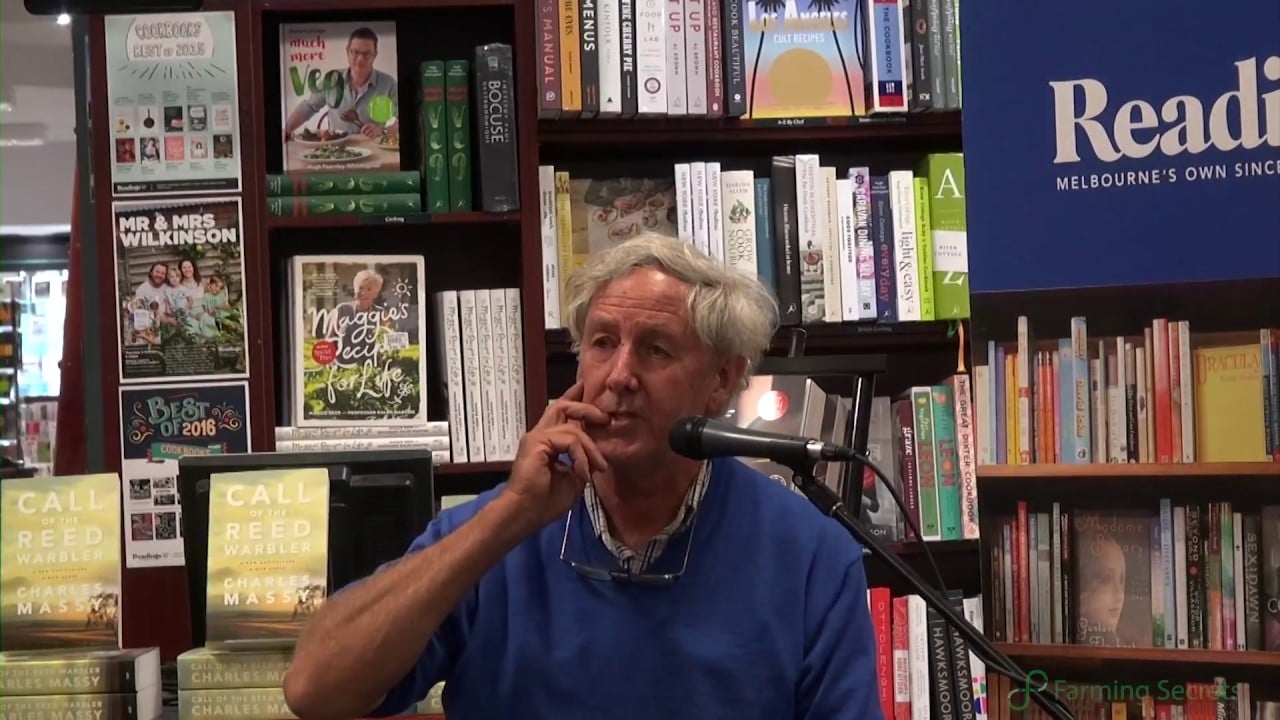 That’s right. Just the application of industrial nitrogen actually has a converse effect on the plants, because it favours the bad varieties of bacteria, and actually more nitrogen ends up being released than is fixed in the soil. Tammi mentions the word, ‘mechanical mind’. What I do in one of the early chapters, after I’ve surveyed why Australian landscape is so different to Europe, where agriculture came from is I track the evolution of the human mind over time. If you think about indigenous people, and even the early mediaeval period, people still saw themselves as part of Mother Earth, as an indivisible component. By the time we go through, you know, some wonderful things happened, of course in the enlightenment phase, scientific revolution, and then Adam Smith and John Loch translating all that into modern economic thinking and the growth society, et cetera. The shift in the human mind had gone from being an indivisible part of Mother Nature, seeing ourselves as indivisible to seeing ourselves as separate and capable of manipulating it for human ends and profit, so that’s really the essence of the mechanical mind. I guess what I’m proposing towards the end, thinking about this idea of self-organization is that a lot of these new farmers, not just farmers, urban … We need to discuss the urban connection later, the new thinking there as well, where they’re aware of allowing self-organization … I’m calling it an interim phase of the emergent mind because the properties that self-organizing systems work with, those experiments are called emergent properties. Anyway, for want of a better word, that’s what I’m floating. It’s a different mind.

What I’ve noticed in working with these … I interviewed 80-odd regenerative farmers in the PhD, but a lot more since, is that they are thinking post-mechanical. They’re really Earth-empathic like the old, organic mind. So the new mind is a combination of the old and the new, the best of science, et cetera, with the old empathy with Mother Earth, so it’s sort of a new form. For many of them, it’s a very empathic, spiritual sort of thing.

I’ll just tell you one quick story which is tangential. Colin Seis said … you tweaked a memory. When Colin was burned in the bushfire, he had a Kelpie Sheep Dog Stud as well as a Merino Sheep Stud and he remembers seeing the smoke and the flames on the hill coming over, and he raced out and opened all the cages for his stud kelpies He had one particular sire, an old dog, if anyone knows black and tan kelpies are big, strong head, and a wonderful dog. He just said, “Good luck, mate” along with the other dogs. Then, he finds himself in hospital 20k’s away. This dog had never, ever been off the farm, only been a sire for his stud. Anyway, after three days in hospital, this sister comes around and she said, “You know, when they brought you in we cut all your burned clothes off and they’re still lying at the laundry. The last two days, there’s this kelpie lying on your clothes.” You know that empathy between animals and humans, it’s that other dimension. That’s not in the book but it’s a very moving story.

Gorgeous story. I was wondering about, with emergent mind, I was wondering why not use Wendell Berry’s term agrarian, because of course agrarian is meant to be far more than being a farmer. It’s about anyone, really, and their connection to land and cultivating land and feeding people. It’s really a politicised and spiritual state of being that is related to land, that’s my understanding of agrarian. For me, it felt like the agrarian mind is what we’re talking about.

Regen Ray Reflects: the Future of Agriculture and Food Security