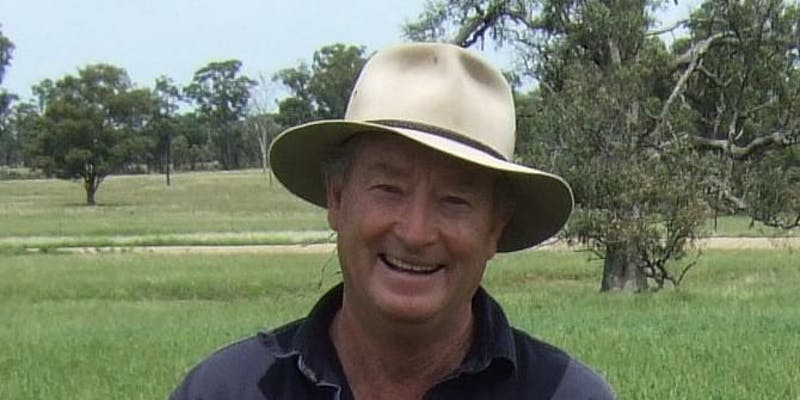 For most of Colin Seis working life of over 50 years Colin has been a farmer, sheep breeder, dog breeder and dog trainer but during the last twenty years he has evolved into an educator of all of the above but has added regenerative agriculture to his education programme.

Regenerative agriculture is not only about developing agricultural methods that will encourage more farmers to adopt practices that will restore their tired, worn-out farms, but will restore the planets ecosystems and repair its depleted soil. The regenerative practices that Colin teaches and uses on his own farm will not only restore the planet but has the potential to fix her ailing climate by removing excess carbon dioxide from the air and put it back into the soil where it belongs.

Perhaps the greatest benefit of this is the production of healthy food which will improve human health and solve many of the medical problems that plague the human species. This is achieved by growing nutrient dense, vitamin enhanced, plants in healthy, chemical free soil.

During the years 2015 and 2016 Colin presented his ideas and practices to almost 4000 people at over 60 workshops and conferences in all states of Australia and 7 states in the USA. Also during that time scientists, farmers and journalists from over 20 countries have visited his farm to learn and report about his methods of regenerating farms and ecosystems.

In addition to owning and managing his property ‘Winona’, Colin’s dedication to farmer education, support programmes and enabling extensive scientific study of his practices has resulted in them being adopted around the world. Because of this there are now well over 3000 farmers worldwide, managing an estimated three million acres, using the techniques to grow crops and restore grasslands, soil and ecosystems.

During the development of ‘pasture cropping’ and regenerative land management techniques Colin has been awarded many times for his achievements.

Some of these awards include:

The Australian conservation Farmer of the year in 2005.

The Australian Carbon Farmer of the Year in 2007.

Australian Green Agriculture and Innovation award 2012 (GAIA), (which is awarded for leading contributions to soil health and sequestration of Carbon)

Colin’s most recent honours were winning Australia’s most prestigious farming and environmental award, the National Bob Hawke Landcare award in September 2014 and in 2015 the NSW regional achievement and community award.

In January 2015, the Australian newspaper, “Melbourne Weekly Times’ called Colin a visionary and suggested as one of the top 6 most influential farmers of the world.

What Will It Take to Move the Local Food Revolution Forward?