Charles Massy -Eating is an Agricultural and a Political Act 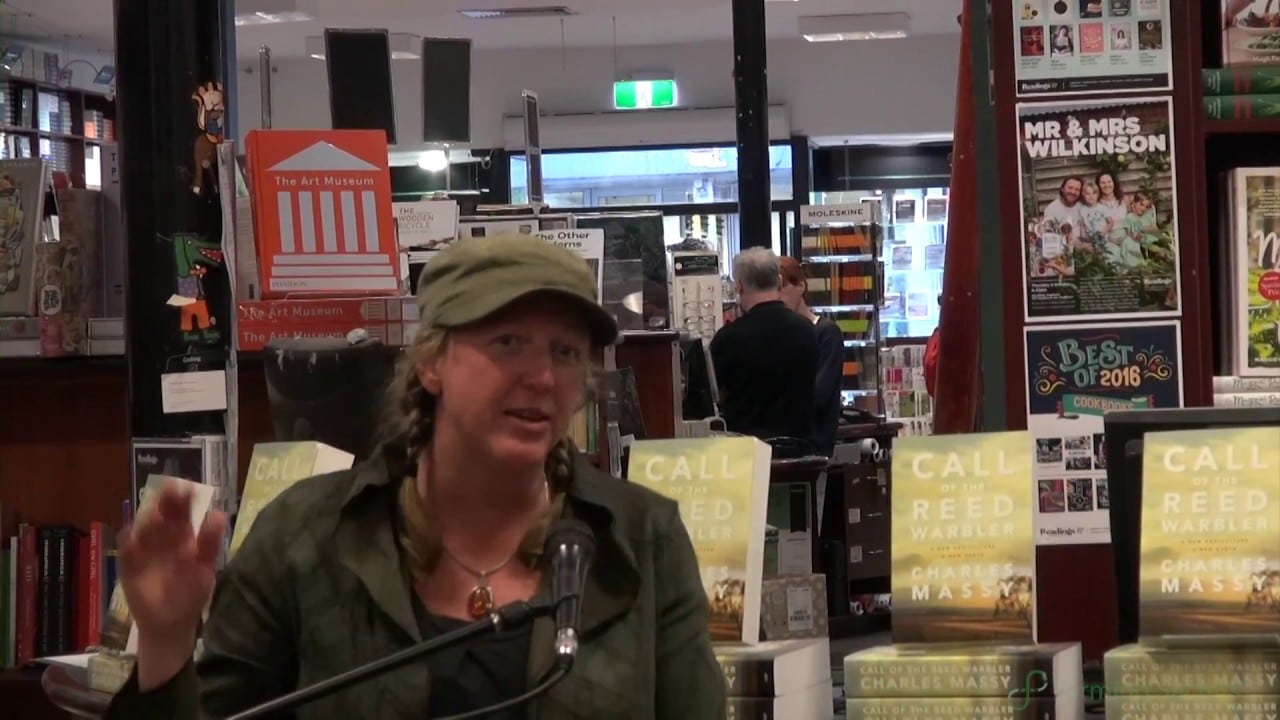 Listen as interviewer Tammi Jonas questions Charlie about regenerative agricultural revolution and how he relates the quote, “Eating is an agricultural act” by Wendell Berry.

Charlie: For those of you who aren’t aware of … you’re probably all aware of Wendell Berry, but he’s, if you like, the father-figure of agro-ecology after sort of people like Sir Albert Howard in that early phase. He’s a professor of English literature. He’s a farmer that practises what he preaches. He still uses horses I think.

Tammi: He’s the one who gave us the quote, “Eating is an agricultural act.” So that comes from Wendell Berry, and Michael Pollan added later with ‘an agricultural and political act’ and tries to remind us every time we eat, we’re acting politically and agriculturally.

Charlie: I think that’s really a segue into the fact that this regenerative agricultural revolution, which can address the anthropocene boundary crossings of those big systems. It won’t be sustained without an urban revolution at the same time. I know this, my youngest daughter Tanya, who won’t want me pointing her out, but she works in the Sustain Movement and also with refugee food gardens. I know that Melbourne is probably the leader in the new food movement. Really, that demand pull-through has to be translated from urban food gardens and your demand for healthy food right back through, because it’s a two-way partnership pretty much.

Yeah. Anyway, one of the subtitles to my thesis, which isn’t in the book, which is subtitled: A New Agriculture, A New Earth. I used the word, ‘an underground insurgency’ for this moment. Playing on both the underground biology, but the fact that having written a book on the destruction of the wool industry by politicians, I have no faith in those bastards, I’m sorry. I think the solutions have to come from the people, and it’s got to be from the bottom, both farming and the food demand.

Tammi: The last question I had for you, because like I said, [inaudible 00:31:01] at the beginning, as small-scale farmers here are fighting, and new farmers as well were sort of fighting some new battles to a certain extent than the multi-gen broad acre farmers, who are regenerative farmers, but are all working towards exactly the same end. One of the things close to my heart, with the Food Sovereignty Alliance especially is how we keep bringing us all together, because obviously collectively we have a lot more power than separately, and while sometimes it may seem like there’s not as much in common because of the question of how manage … I mean, there’s somebody in your book with a million acres. Like a million acres. I have 69.

It’s a pretty different world in farming. It cannot be obvious what conversations we have. Reading the book showed me a lot more commonality than even I had fully appreciated and a really strong … It gave me some good ideas about how we could start working together more with people like Colin Seis, already doing work with Graeme Hand and some others. It is happening somewhat. I guess, what are your thoughts on how to, because also, probably some of the older, conventional turned regenerative farmers probably think we’re just a bunch of upstarts, the new small-scale farmers.

Charlie: Sure. I think it’s the medium and small-scale farmers that if you look at what’s happening with Via Campesina, the global peasant movement, that’s small-scale. If you look at what’s happening, the big end of town, and we’re not just talking about the big chemical companies, we’re talking about the big food processors, who prostitute entirely the quality of food. They de-nature it, and they manipulate salt, sugar, and so on. They know the bliss point from all the nutritionist that touches the consumption. They’re destroying food quality, and then the whole distribution process, let alone the big retailers. It’s the small and medium farmers in many ways who are going to produce a lot of the food that can directly go into markets like Melbourne, where fibre and meat producers, and they go their own paths. It’s a combination.