Home » Biodiversity » A Blueprint for Cooling our Blue Planet 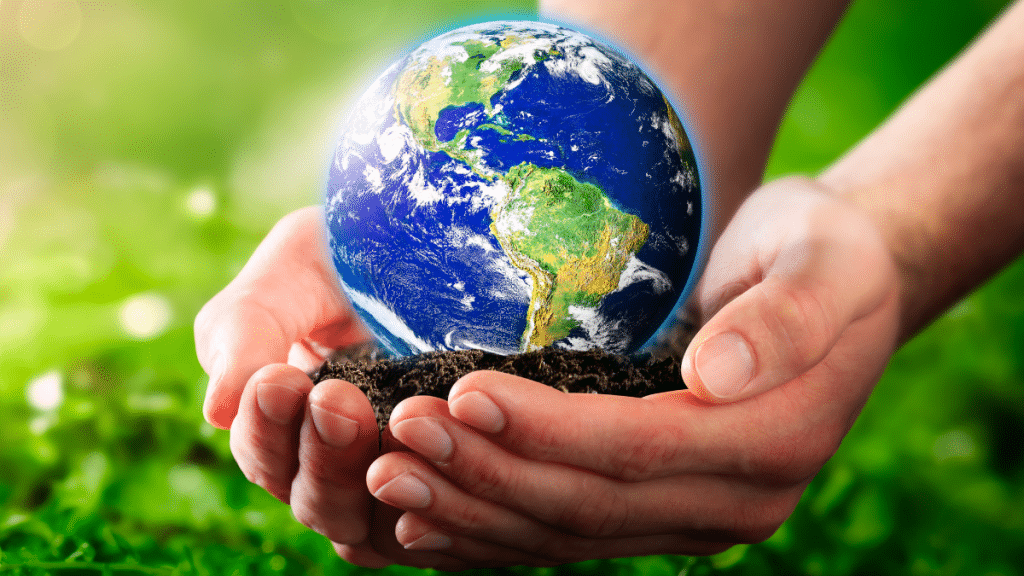 What are your top strategies to reduce global warming?

Before I tell you where my focus is and why I want you to consider the following. What is the main contributor to the greenhouse gas effect? What would you think if I said water vapor contributes to up to 80 % of the Greenhouse gas effect and Carbon Dioxide only 11 %?How would you approach reducing global warming if you took the perspective that Greenhouse gases are too much of a good thing in the wrong place?

As water vapour in the atmosphere traps heat, water in soil has a cooling effect and promotes plant growth, which increases evapotranspiration which is also cooling.

The same applies for CO2 in the atmosphere adds to the greenhouse gas effect, however carbon sequestered in the soil from the atmosphere via photosynthesis has many co-benefits to build soil fertility and soil structure so that the soil can retain more water.

Water is involved in 95% of the heat transfer of the planet and so we need to work with the
metric of temperature and not ppm of Carbon dioxide in the atmosphere.
The fixation on carbon emissions has arisen by seeing the rise in CO2 and the Rise in
atmospheric temperature as a causal relationship and not as a symptom of the underlying thermodynamics.

So, consider the following graphs.

What are the more relevant graphs to give us agency in cooling the planet? (See below) 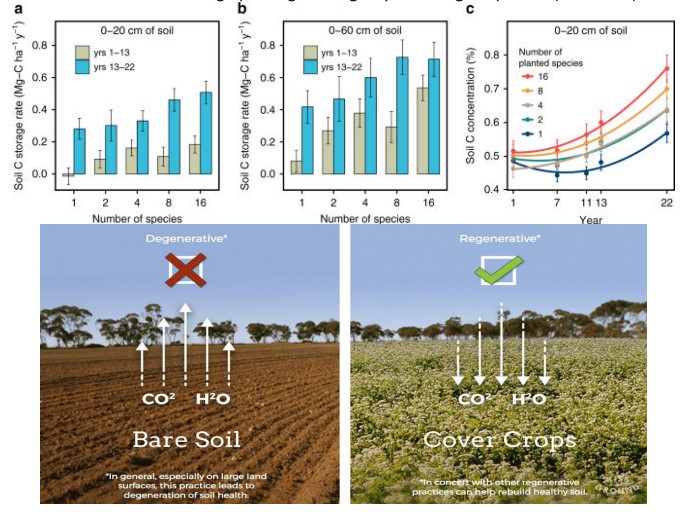 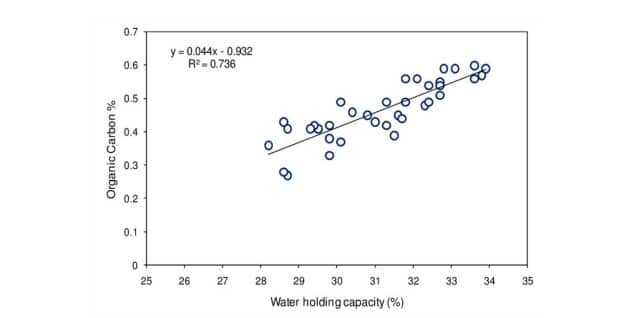 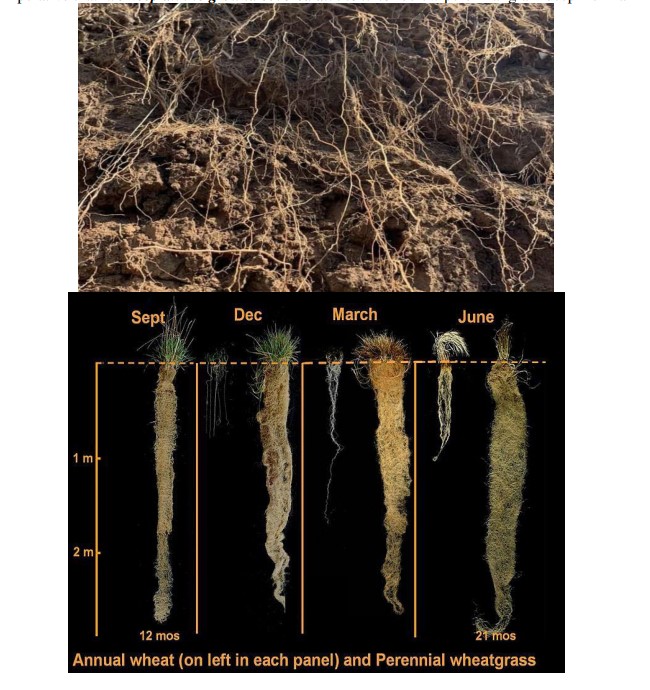 The two graphs below have been misconstrued as, correlation equals causation i.e., as CO2 increases so does atmospheric temperature, however, this is a symptom and not the underlying cause. CO2 amplifies the effect of the dominant greenhouse gas water vapor, but the rise in water vapor from increased surface temperatures from deforestation, land clearing, removal of ground cover in cultivation and so on, is what is heating the atmosphere and to a far lesser extent the burning of fossil fuels as CO2 accounts for 11% of greenhouse gas effect
and water vapor up to 80%. 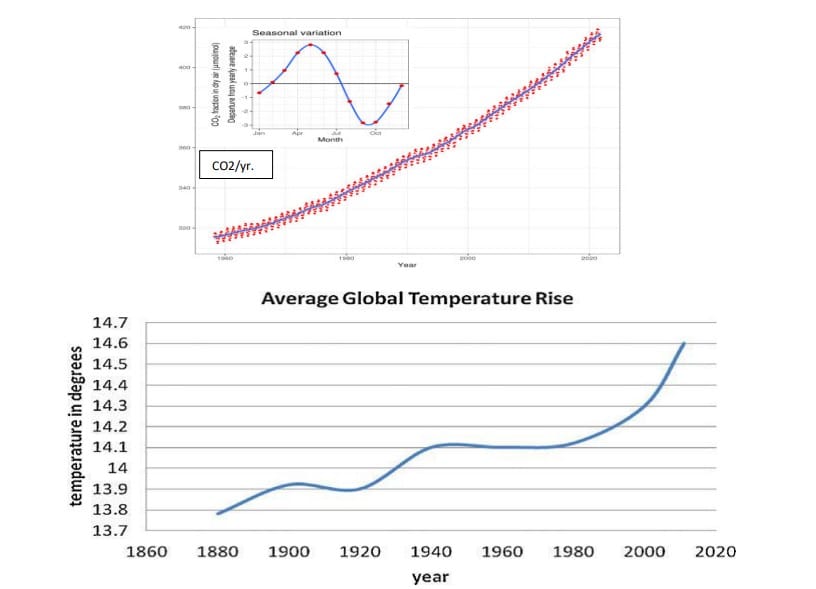 Charles Keeling in 1958 did the initial measurements to show that CO2 was increasing with the burning of fossil fuels , but he set us on the wrong path by making the false assumption that water vapor is so ubiquitous , ephemeral and in constant movement that it cannot be influenced by human activity and furthermore he asserted that it is impossible to be modelled and so it was simplified to fossil fuels as being the cause of increasing average atmospheric temperature and due to historical inertia and funding by governments to keep
things simple it became the dominant narrative to do otherwise would mean not only to reduce fossil fuels but to also change the way agriculture , forestry and intensive animal husbandry was conducted a bridge to far to cross. So, if it can’t be measured it does not exist!

This is critical distinction as to the effect of leaving land exposed of deforestation of overgrazing and the use of the plough and industrialised chemical farming has alter vast amounts of the earths land surface, as the amount of heat reradiated from the surface is = to the surface temperature to the power of 4! as indicated by the photo below. 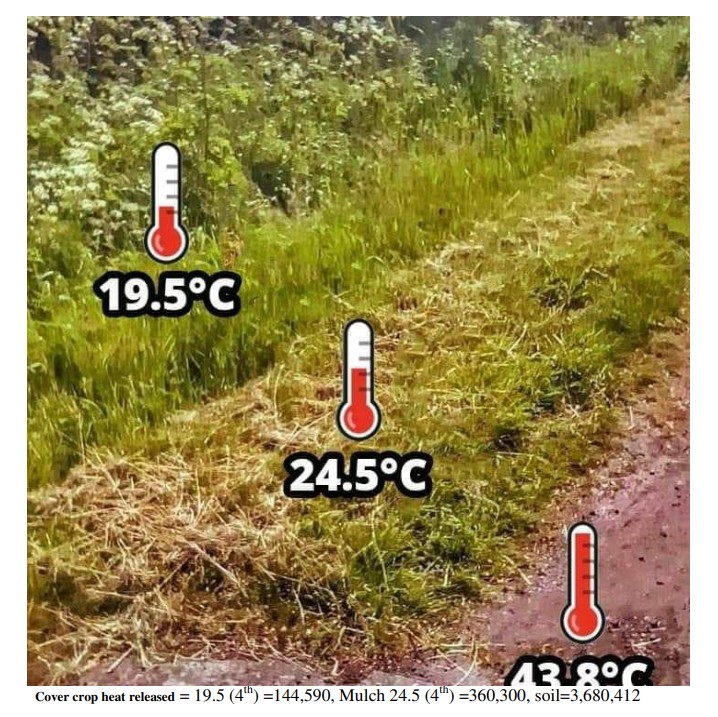 ‘So, it’s not the CO2 it’s the H2O’ that’s heating up the atmosphere and it’s how we manage the land below.

We are losing 25 billion tons of soil a year to wind erosion, that soil gets oxidised to Carbon Dioxide and Nitrous Oxide! So, what is the soilution?

This has the following effects:

There are many more ways that working with the water cycle and the carbon cycle that have either a cooling effect or a warming effect.

It can be summarised as follows, water is the thermostat of the blue planet, water vapor turns up the heat and water in the ground or in vegetation turns down the temperature.

To focus on keeping all the ground covered all the time in horticulture planting cover crops, broad acre cropping by pasture cropping or sowing into native pastures, in viticulture planting multispecies in the interrow, agroforestry, silvopasture integrating livestock into treed pastures and more the following co-benefits will accrue

The photos below from Kirk Kilpatrick in WA illustrates this magnificently and a picture tells a thousand words. Cruciferous crop planted into a cover crop of nitrogen fixing clover.

So, when you ask yourself now how can you help reduce global warming, how will you change your land management? What will be your top strategies?

Mine are in order of impact: 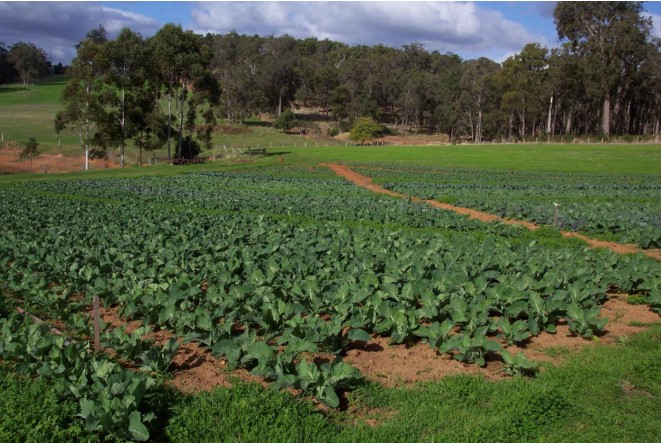 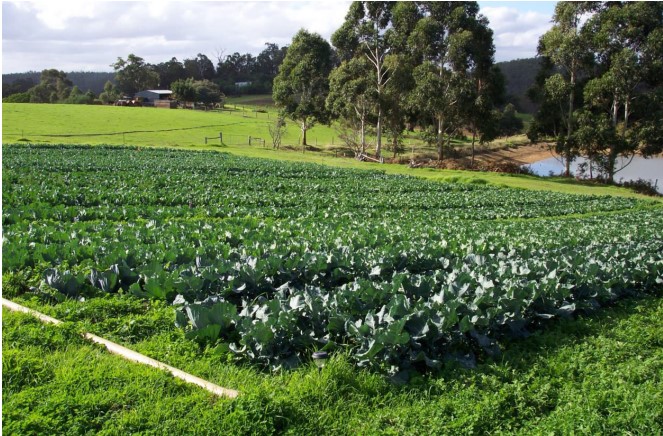 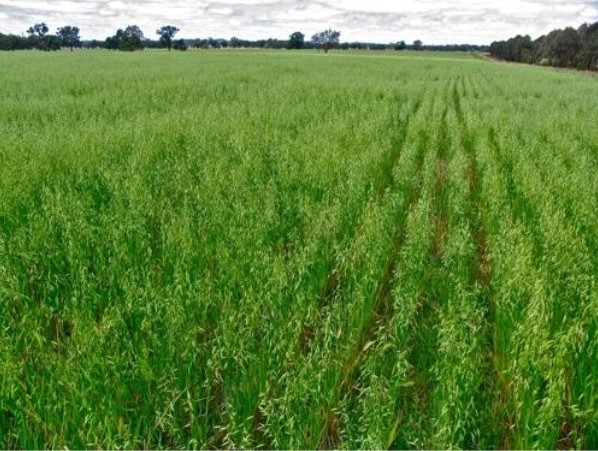 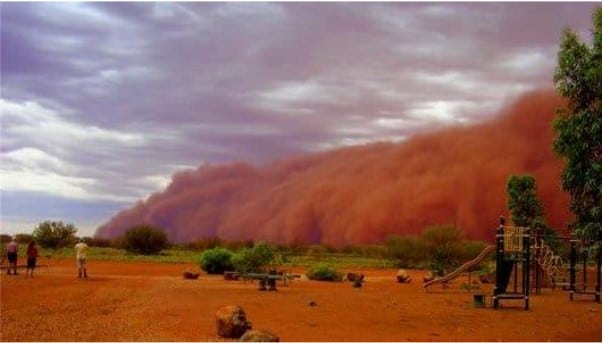 Dust Storm in SA 2009 thousands of years of topsoil up up and away.

To make a long story short keep all the ground covered all of the time and build the soil carbon sponge which was derived from CO2 and Water vapour out of the atmosphere and We’ve got Climate Change Covered.

Listen to this conversation that I had with ‘Regen Ray’ wherein I covered about building humus and micro and macro aggregates to optimize soil functions and reverse climate change. 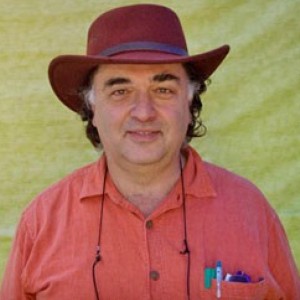 Christo worked as a Biodynamic market Gardener for 6 years and warrah farm was the first to supply organic produce into the Sydney Markets in 1971. He later studied medicine and then practised Integrative medicine before doing Cancer research. He then returned to becoming an author, researcher and workshop facilitator in regenerative agriculture and biodynamics. His focus has been on sequestering Carbon Dioxide with Regenerative Agriculture methods and restoring it in the soil. He has worked as a consultant in Biodynamics in China for 7 years with Professor Xiao Dong.
SEE ALL POSTS
PrevPrevious PostConnect Kids to Nature’s Classroom with The Soil Book – and Down-to-Earth-Science
Next PostGet to Know the Soil Through Your Stomach – with the Gourmet FarmerNext

This is the year to discover secrets of the soil and to savour bounty unfolding. It’s the time to get out of ruts and sink